The Redesigned SAT vs. the ACT

As we move into the second half of the school year, many eleventh-grade (and some extremely proactive tenth-grade) students are getting ready to take the standardized tests they need for college applications. This year, however, students and their parents are even more worried than usual due to the first administration of the Redesigned SAT. Here are the questions that I am asked by parents and students several times per week:

What is different about the Redesigned SAT?

The College Board has a 200-page document explaining this, but here is a summary. The “old” SAT is somewhat infamous for being “tricky.” It heavily emphasizes archaic vocabulary, a very narrow form of analogical reasoning, and a test-taking meta-game more involved than other multiple-choice tests; it also has been criticized for not being wholly representative of what is taught in schools. The College Board wanted to address these concerns and made the following changes:

What is the ACT?

The ACT is simply an alternative standardized test. At its inception, the ACT was pitched as being more closely aligned with high school curriculum and was popular in the Southern and Mid-Western U.S. With the changes to the SAT, and with most colleges accepting either test, the differences between the two are relatively minor. With that said, here are the most notable differences:

Which test should I take?

There is no simple answer to this question. Each test has its own quirks that each student will feel differently about. Based on the many sets of test results I have seen, most students place in approximately the same percentile rank on both tests when they take them. In rare situations, students vastly prefer the format of one test over the other and perform significantly better on it.

My advice: Take sample tests of each and compare the scores and “feels” of each test to see which you want to prepare for. Since you are likely to be spending several months looking at one of these tests you definitely want to make sure you are working towards the one that is best for you.

Additionally, we offer free SAT and ACT assessments at our centers in Clinton and Flemington.

No matter how you decide to pursue your preparation, be sure to try both tests before you commit to a study plan.

Mike Constanza is the Director of Learning and Technology for Silver Oak Learning K-12. His expertise is primarily in reading, writing, SAT and ACT prep.

Tips to Succeed in an Online Course 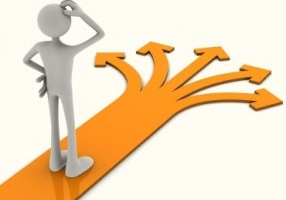 Common Misconceptions About the SAT and ACT

Making the Most of Parent-Teacher Conferences

It is no secret that parental involvement is associated with higher student achievement outcomes. In fact, a recent report from Southwest Educational Development Laboratory[i] found that regardless of family income or background, students with involved parents are more likely to …